Members of the Southernhay Breakfast Club enjoyed an interesting talk by Gill Yates, an Exeter Red Coat, at the recent event on 6th March 2015.

Approximately 60 people attended the event at the Southgate Hotel. After networking, members listened to Gill talking about the history of Southernhay itself.

Interesting facts such as the name Southernhay (since 1265) – southern due to its location within the city and hay meaning an enclosed open space. Members listened to more information about the traditional Lammas Fair that still has a place in today’s calendar, the history of the hospital along with the Bath house that used to be a social venue for the wealthy. 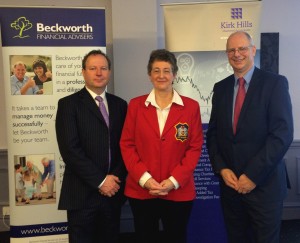